Anyone who knows me knows that I absolutely love manual lymph drainage (MLD), and, well, sometimes I have to gush about it. (Fluid pun intended. Lymph nerds can’t help it.) The sessions are gentle, painless, non-clinical, relaxing, and over the years that I have been applying this work in my practice, I’ve learned that it’s not just for treating lymphedema, by far.

Post-surgical swelling is a biggie, and that can be from a major surgery like a hip replacement down to a simpler procedure with much smaller incisions, such as liposuction. While some edema is part of the healing process, MLD can help redirect any unnecessarily stagnant fluid (as surgery can sometimes do a number on lymphatic vessels), and this can help alleviate swelling, inflammation, and it can support and possibly even accelerate the healing process. On top of that, MLD also has a calming, analgesic effect, so it can help with post-surgical pain. Which, think about it…maybe less pain meds? Less anxiety? And the benefits can go beyond just where the surgery itself occurred.

I had a client come in who had had knee replacement surgery a few months ago. There was still some swelling around his knee, but he also felt like “he was puffy and swollen everywhere,” including his chest, shoulders, and abdomen. “I don’t know why, but I feel like something about the surgery, the anaesthesia or something is ‘stuck’ in there and needs help getting out.” We did a full lymphatic drainage session, stimulating the major collections of lymph nodes and working on all the extremities with special attention to the knee. During the session, he said he could feel a sort of “bubbling, draining sensation” near his collarbone, and the next day, he felt like not only was his knee less swollen, but that puffy feeling in his torso was less noticeable as well.

Another wonderful benefit of MLD, especially during cold and allergy seasons, is that it can help drain the sinuses. By directing strokes along the face and head toward the collections of lymph nodes in the neck, the jaw, and around the ears, then downward toward the collarbone (the region where the lymphatic system “ends” and joins up with the cardiovascular system where it deposits its fluid), that junky sinus congestion can give way to some relief and easier breathing.

Besides post-surgical MLD and MLD for sinuses, both of which I use a lot in my practice, a few other conditions have shown positive client results with the application of lymphatic drainage, whether in my treatment room or in my colleagues’ work:

While everyone’s body responds differently, and at different times, Manual Lymph Drainage is such gentle yet such versatile and often effective work. I often say that the lymphatic system is an unsung hero in our bodies, doing its thing all quietly awesome and responsible for more than we sometimes know or give it credit for. In doing this work, I get to celebrate and help support this fluid-balance and immune-response powerhouse, and hopefully end up with the picture I love the most: more people feeling better in their bodies. And if that ain’t worth gushing about, I don’t know what is. 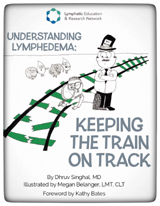 available in the fund.